This is the story of a community born in war, that kept going in peace, and in recent decades has grown and flourished, becoming one of the largest non-metropolitan synagogues in the country.

Maidenhead Synagogue originated during World War II when many Jewish families were evacuated to the area from London after the Blitz began.

It was initially a community with no dedicated building, meeting for prayer in private houses and served by a volunteer Rabbi and lay readers. At the end of the war, some of the congregation stayed in the area and, in 1953, established a permanent Jewish community, acquiring the house at 9 Boyn Hill Avenue (pictured here). The downstairs floor was used as a dedicated synagogue building, with the first and second floor rented out to tenants.

The Synagogue became part of the Reform Movement in 1954, receiving the services of student Rabbis from the Leo Baeck College, including Jonathan Romain who was appointed as the Synagogue's first full-time Rabbi in 1980. It also acquired scrolls of its own (after those loaned to it were recalled), including one that had originally belonged to the Czech community of Kojetín, which had been destroyed in the Holocaust and whose scroll was found after the war.

The Synagogue began to grow, took over the whole building, then redeveloped the site and eventually moved to its current location at Grenfell Lodge in 2001.

After extensive redevelopment in 2016, the building was officially opened by Prince Edward in January 2017. Later, a Walkway through Jewish History was made with a series of stones marking the timeline from Abraham and Sarah about 1800 BC/BCE through to the 21st century. This was opened in May 2018 by the then Prime Minister, Theresa May.

The 'Emerging Dove' sculpture was installed to mark the occasion at the front of the entrance to the ‘new’ building, having been created by sculptor Benedict Romain. The Synagogue has become the centre of Jewish life for a wide area in the Home Counties, covering Berkshire, Buckinghamshire, Oxfordshire and other areas. It has also become known for its outreach work, welcoming Jews in a wide range of personal situations – be it mixed-married, divorced, gay, atheist – and insisting that the Synagogue is their home too.

As well as offering a wide range of social, cultural, welfare and religious activities plus education to members, the Synagogue is also involved in the wider community, whether providing lunches for the homeless locally, engaging in interfaith activities or participating in the life of the area in general. 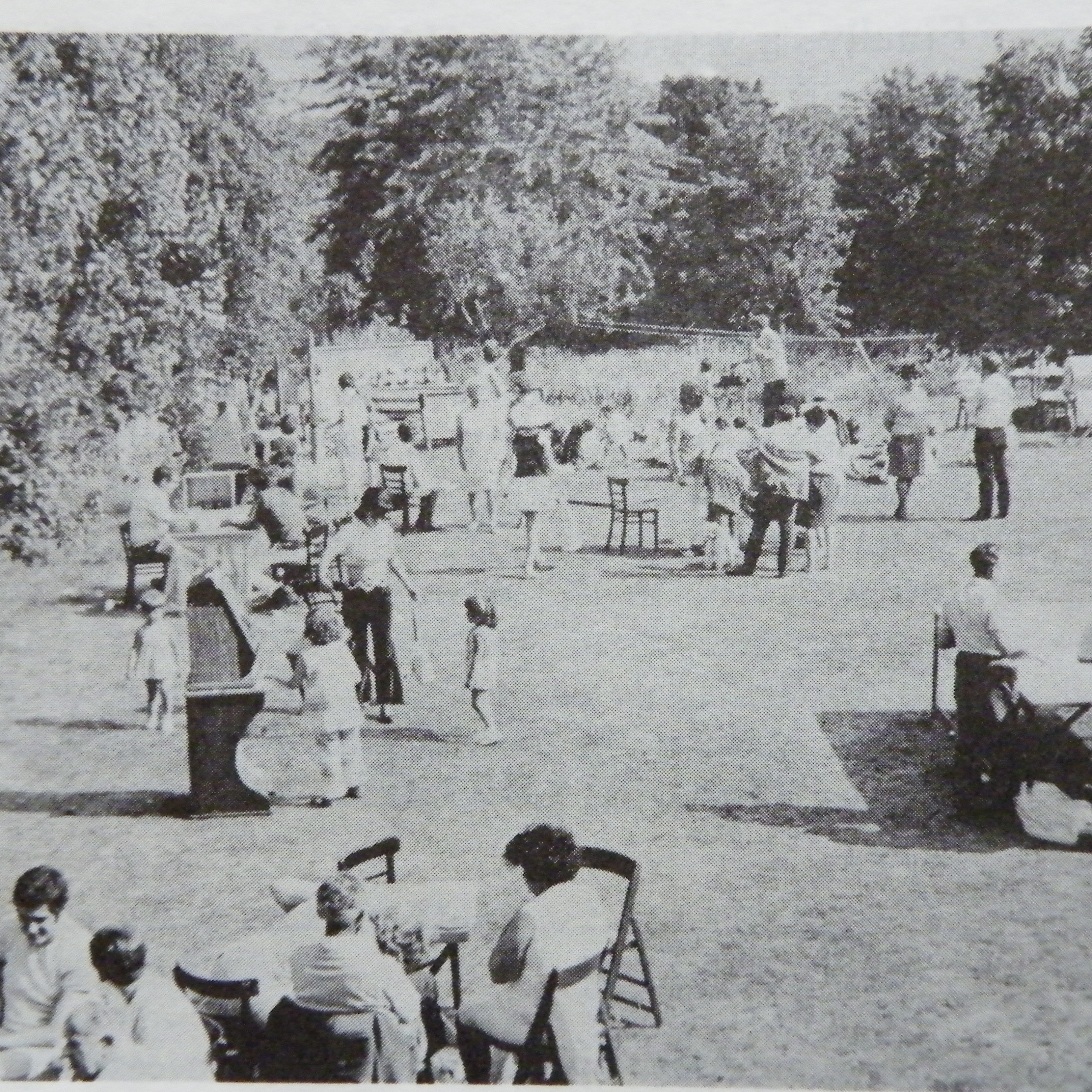 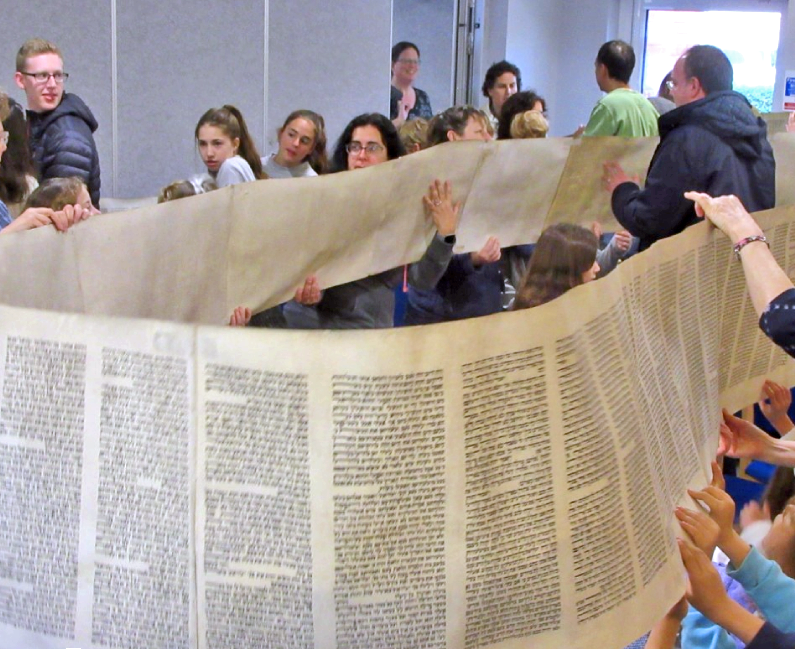 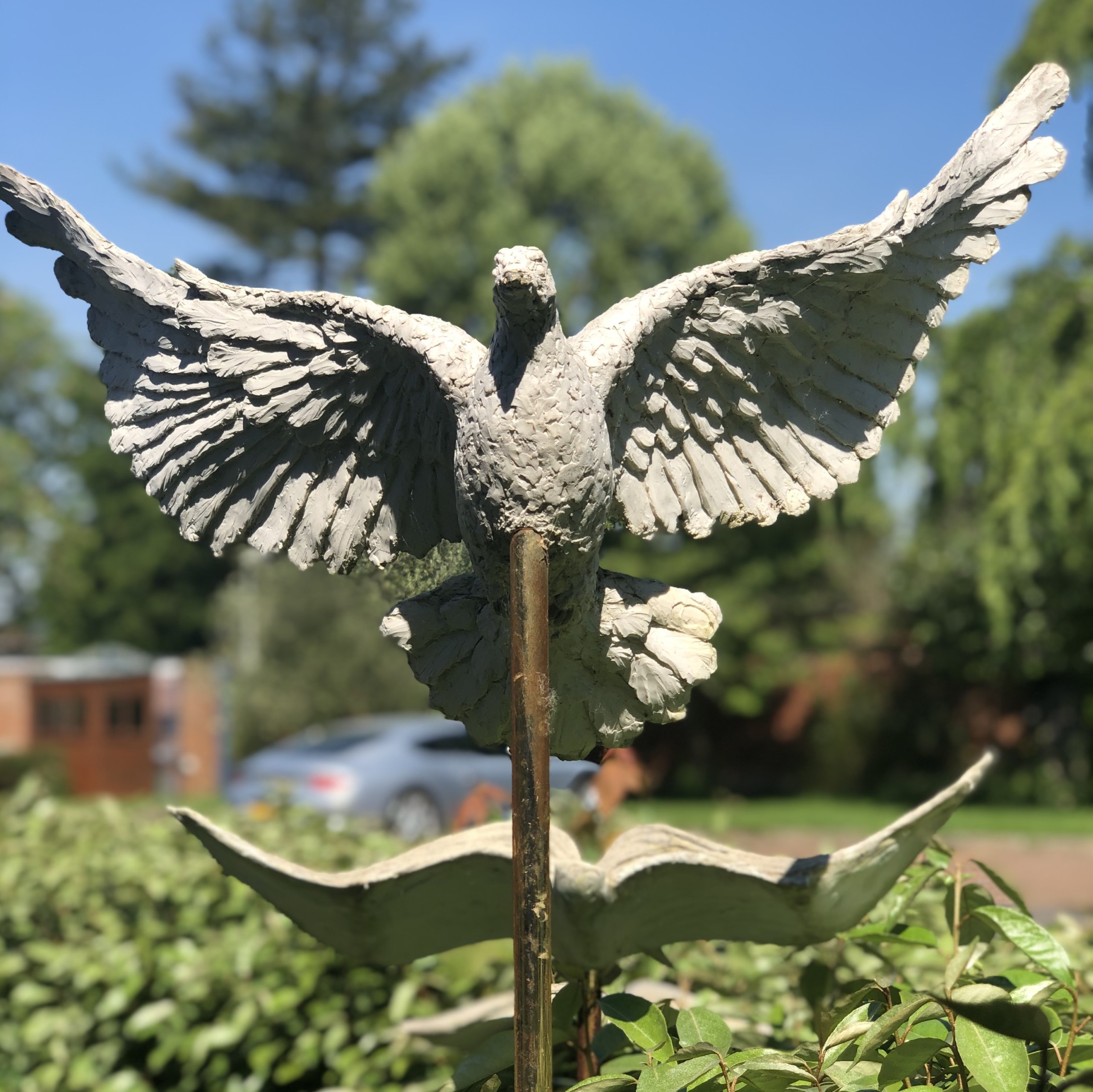